As you can see from the above, I zipped through Costa Rica with only a few brief pit stops at beaches along the Pacific coast. Strong cross winds in north Costa Rica near the city of Liberia and an ugly or non-existent road shoulder made for difficult and dangerous riding so as soon as possible I turned south off the Pan-Am for the ocean road that was a dream by comparison. After stops at Jaco; a very touristed resort town and Dominical; laid back surfing village, I made easily kilometers and crossed the last central American border of the trip into Panama.

Panama in the main is a tatty version of a place just slightly less tatty. On the positive side, for the cyclist at least, the main highway is comfortable, the wide shoulder making for safe and comfortable riding. The towns, however, along the Pan-American are sadly devoid of any redeeming feature whatsoever. With municipal art fashioned on soviet concrete recycling projects and streets thrown together with scant regard for anything but the basest function, the cities of David and Santiago just make you sad. To say the cities of David and Santiago a disheveled implies that they were ‘sheveled’ at some point in the past, which is highly doubtful. The concrete looks pre-stained and the plumes of rusty reinforcing steel rod look as if they have always been that way.  The guidebook tries to paint David as having a “lovely central square”. Balls! Charming cafes and patisseries are cleverly disguised as bulk outlets for plastic things. I search and eventually find another Pio Pio (rubber greasy fried chicken).

If the world sits on the city of ‘David’ then regrettably ‘Santiago’ is what comes out of David. There are no hotels in the centre of Santiago as no one but foolish touring cyclists who couldn’t make it to somewhere nice could be bothered stopping there. The centre is plagued by young guys blasting unrelenting waves of distortion from their ‘pimped’ little shit box cars. Surrounding venues devoid of any clientele blast similarly distorted  accordion music into the night creating a cacophony of Bad. Chorrera is another truck stop town that functions to dampen the spirits again but provides another $15 hotel room with soothing cold shower sans shower head yet again.

It is on the Caribbean coast of Panama where you can find some towns with real character. Colón and Portobelo are oozing the stuff from every decaying brick of their neglected beings. In order to board the boat to Colombia, I ride north east, crossing the Panama Canal north of Panama City and then spend a rainy afternoon pedaling to the coastal free port city of Colón.

The guidebook describes Colón as a “dangerous slum” but I think that’s inaccurate. There are parts that are industrial waste swamp as well. The colonial buildings in the centre of town are in various stages of collapse. It is painfully apparent that near the centre of town one false turn into an ill chosen side street would definitely see you relieved of your wallet or worse. This is the only city I have encountered so far on this trip that I’ve felt a palpable sense of immediate threat. My one brief nocturnal outing of a mere 100 metres around the corner from my hotel for a pizza was enough to convince that there was definite ill will and opportunism lurking all around. A glance down a street reveals pure post-apocalyptic movie set (refer photo).

However, the place has character and that’s to be applauded in any town. The people are obviously set upon by the crime situation but they hang out on the street and are friendly and talkative – some sort of comradery in adversity. They mingle seamlessly with those who have apparently become completely unhinged somewhere along the line, wondering about aimlessly, one with a colostomy bag hanging out, another at a bus stop with trousers around his ankles. This place deserves a song and by god it shall have one: ‘If ever you’re passing through Colón’.

If ever you’re passing through Colón

Don’t get stuck too long

Watch out for the crud and the muck there

And try to ignore the pong

If ever you’re passing through Colón

Don’t linger there too long

Give a wallet or a finger or two

And be glad that it wasn’t your schlong

I ride out of Colón the next day east along the coast with a mere 45km to get to Portobelo and the waiting catamaran that will take me to the north coast of Colombia. The Darian Gap in the south of Panama is impassable due to the lack of road and the tenuous security situation there so a boat ride North-East to the north coast of Colombia is the best option (and keeps the ‘every km south’ travel by bike intact).

The short ride to Portobelo should have been an easy cruise along the flat winding coastal road but as is so often the case, the short rides throw up challenges to frustrate your correspondent. This time it is the turn of my $6 rear tire that after 3,000km is now threadbare and is deflating or just puncturing every 10km or so. Three repairs later and I’m in Portobelo which is a cracker of a little town. The brightly painted shacks are thrown up higgledy-piggledy over the ruined Spanish fortifications and a few of the administrative buildings remain sporting coats of mildew and agricultural gutters. The locals are a laid back bunch and the local campanologist even gives the church chimes a bit of Caribbean percussive flavour. If the boat wasn’t leaving tomorrow this would have been a good place to linger and soak up the relaxed atmosphere for a while.

So be it, stocked up with beer and rum for the boat ride I begin the nautical part of the trip and begin what will be two weeks off the bike including some time in Cartagena. 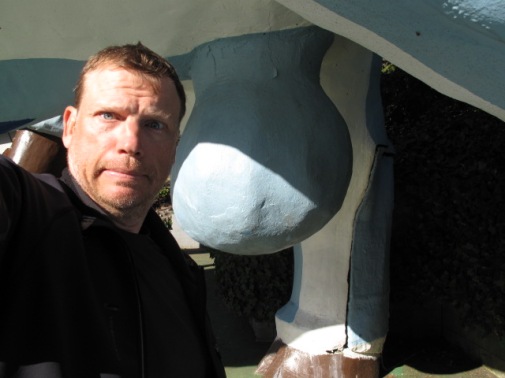 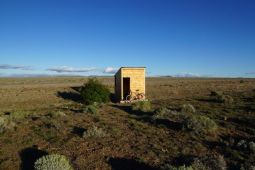 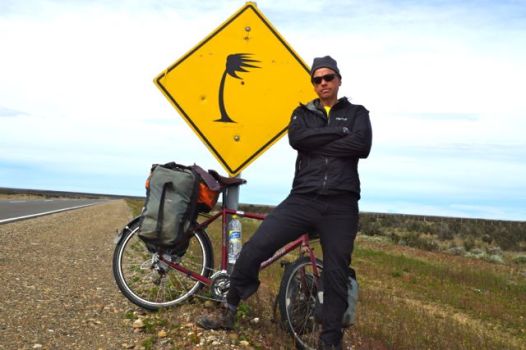 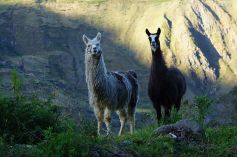 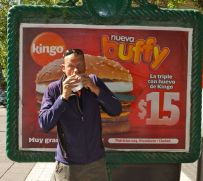 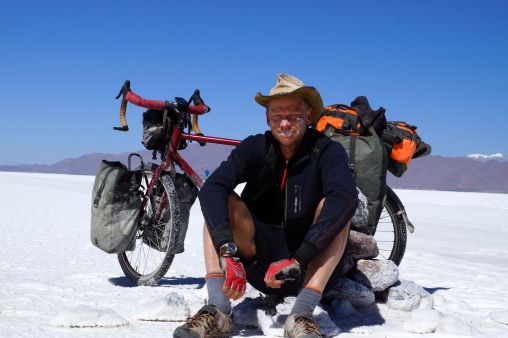 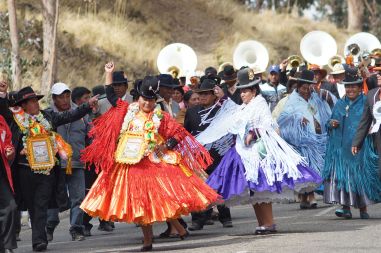 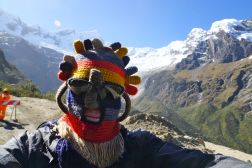 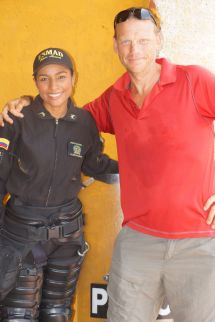 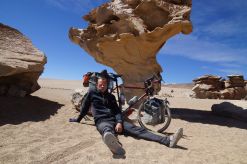 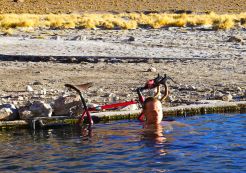